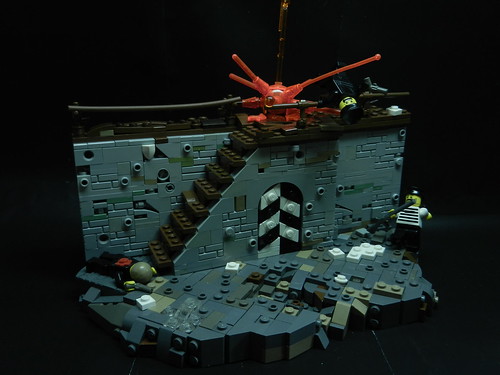 It is March 1921. The Russian Civil War is slowly drawing to a halt – the White Forces have been all but crushed. Supreme Commander of the White Army General “Baron” Pyotr Nikolayevich Wrangel retreated with the last of his forces months ago on 14th of November, 1920, aboard the General Kornilov of Wrangel’s Fleet. The allied intervention forces have pulled out as well. However, the bloody Civil War has left Russia in a broken state-transportation chains, agriculture, and industry had all been devastated. The system of “military communism” confiscated food from peasants, and left them hungry and angry. Peasant Rebellions were becoming commonplace. By February 1921, there had been 118 Peasant Rebellions. For city dwellers, the situation is almost as bad as for the peasants. Industry had been steadily degrading for 6 years – factories are producing ⅕ as many goods as they were in 1913. The amount of laborers working in the factories had also decreased. Food shortages resulted in the distribution of rye bread as rations. Bread rations ranged from 200 grams to 800 grams depending on what your profession. Illegal trade was flourishing, so much so that it was crowding out distribution of officially sanctioned goods.

On the 24rd of February, factory workers in Petrograd (St.Petersburg) demanded that their rations be increased, and they marched in the Vasilyevsky Island district of the city in a show of their discontent. The next day, marshal law was declared and 500 workers were arrested. The rest were scared off by cadets shooting into the air. At the same time this was going on, the sailors of the Baltic Fleet stationed at the island of Kronstadt (25 km away from Petrograd) were receiving their rations late. When they heard of the labor strikes, a fiery anti-Bolshevik speech by sailor Stepan Petrichenko turned the sailors against the Bolsheviks, whom they had placed in power during the October Revolution. The sailors had earlier been allowed to take a vacation for the first time in years, and the effects of the Civil War and Bolshevik policy at home disillusioned many as to the claims of equality and prosperity of the Bolsheviks. Petrichenko’s speech was the spark that cause them to definitely turn against the communist government. Petrichenko and a delegation of sailors visited factories and offered workers protection if they would continue the strikes. The sailor also made their own demands to the government: immediate re-election of officials via anonymous voting, freedom of speech and press, freedom to gather, the disbanding of regiments of soldiers that prevented people from leaving the city, and letting peasants use their land and hire workers. Soon after, rations were increased to at least 450 grams and a can of meat for everyone (at the expense of the sailor’s rations in addition to numerous imported shipments) In addition, people were now allowed to leave Petrograd to go to their villages. This decreased the discontent among laborers, and they all went back to work by the 3rd of March. The sailors, however, didn’t get the message. They were naive enough to believe that if they rebelled against the government, so would the people.

After attempts at negotiation by the Bolsheviks failed, a massive public disinformation campaign condemned the Baltic Sailors as in fact being part of the White Army (An ex-Imperial officer, General-Mayor Kozlovsky, that was on the communist side was named as the white leader of the revolt). Leon Trotsky called in General Tukhachevsky to deal with the revolt as a way for the latter to prove himself a capable military leader after a disastrous defeat during a major offensive in Poland that had been preceded by a relatively successful campaign. Kozlovsky, forced to side with the sailors, offered the sailors to strike in Petrograd first before the Reds could fully mobilize their forces. However, Petrichenko rejected this idea in favor of defending Kronstadt. He wanted to prove to the residents of Petrograd that you could resist and successfully form a functional government of your own, which would turn public opinion against the Bolsheviks. The Blosheviks would be forced to give up their power.

In several days, Tukhachevsky began an attack on the fortress. After a lackluster artillery barrage, he sent his forces across the ice of the Finnish Gulf to the island. Visible in plain sight along the kilometres of ice, the advancing soldiers were being mowed down by artillery and machine gun fire; they had to eventually retreat. The same day as they failed attack, Lenin announced his “New Economic Policy”-peasants and workers would now be able to trade and sell items. This virtually destroyed any support for the rebellion. In a week, Tukhachevsky was able to muster up to 24,000 men, 159 artillery pieces, and 433 machine guns for his new offensive (these numbers include men that were present for the first attack). The attack would take place from 2 directions- North and South. The leaders of the revolt knew the attack was coming, and offered the residents of the town and sailors to walk to Finland and seek asylum there.The next day, Tukhachevsky began an intensive artillery barrage of Kronstadt (depicted in this build)…

Sorry for the textwall of info, I just really wanted people who are interested gain some context for the revolt. Please read it, I beg you! I wasted like 1.5 hours of my life on it haha. I recently watched a decent Russian Television show called "Wings of the Empire", and it (inaccurately) depicted this revolt (oh well), and my interest was piqued. I watched another Russian 2 episode documentary on the conflict, and was inspired enough to crank out this build. Specifically, I was inspired by the final scenes from "Wings of the Empire"- they were extremely emotional for me and drove me to try my best in this build. For those interested, the scene in question were from youtu.be/ADg-6Xl71aE?t=2272 to the 42 minute mark. At the moment, I’m constructing a part 2 build to this series depicting the actual fighting on the island. Overall, I’m working on several Russian Civil War builds, as the conflict fascinates me in terms of its cruelty and divisiveness. The whole country was in turmoil, and there were so many factions and belligerents that all had their own goals and visions for the country… However, don’t get me wrong – I am not a sadist who enjoys learning about the tragic suffering of a whole nation. My fascination with the conflict is just like many of yours’ fascination with Vietnam, ww1, ww2, etc. I hope you enjoy the build!

Want to Win the Car of Your Dreams?

The Best Travel Lovers Fashion. Period.™
Sign up below for an exclusive coupon code you can use instantly on your first purchase :)
This is a limited time offer

Top Tips to Becoming a Savvy Traveler ($197 value for FREE but only while they last)
Exclusive Bonus:  Dream Car Contest
(Don't Miss This!)
This is a limited time offer

Special Report Reveals the Top Travel Mistakes that Will Cost You Money! ($197 value for FREE but only while they last!)
Exclusive Bonus:  Dream Car Contest
(Don't Miss This!)
This is a limited time offer

Want to be the Next MicroCap Millionaire?
(Don't Miss This!)

on your first purchase :)